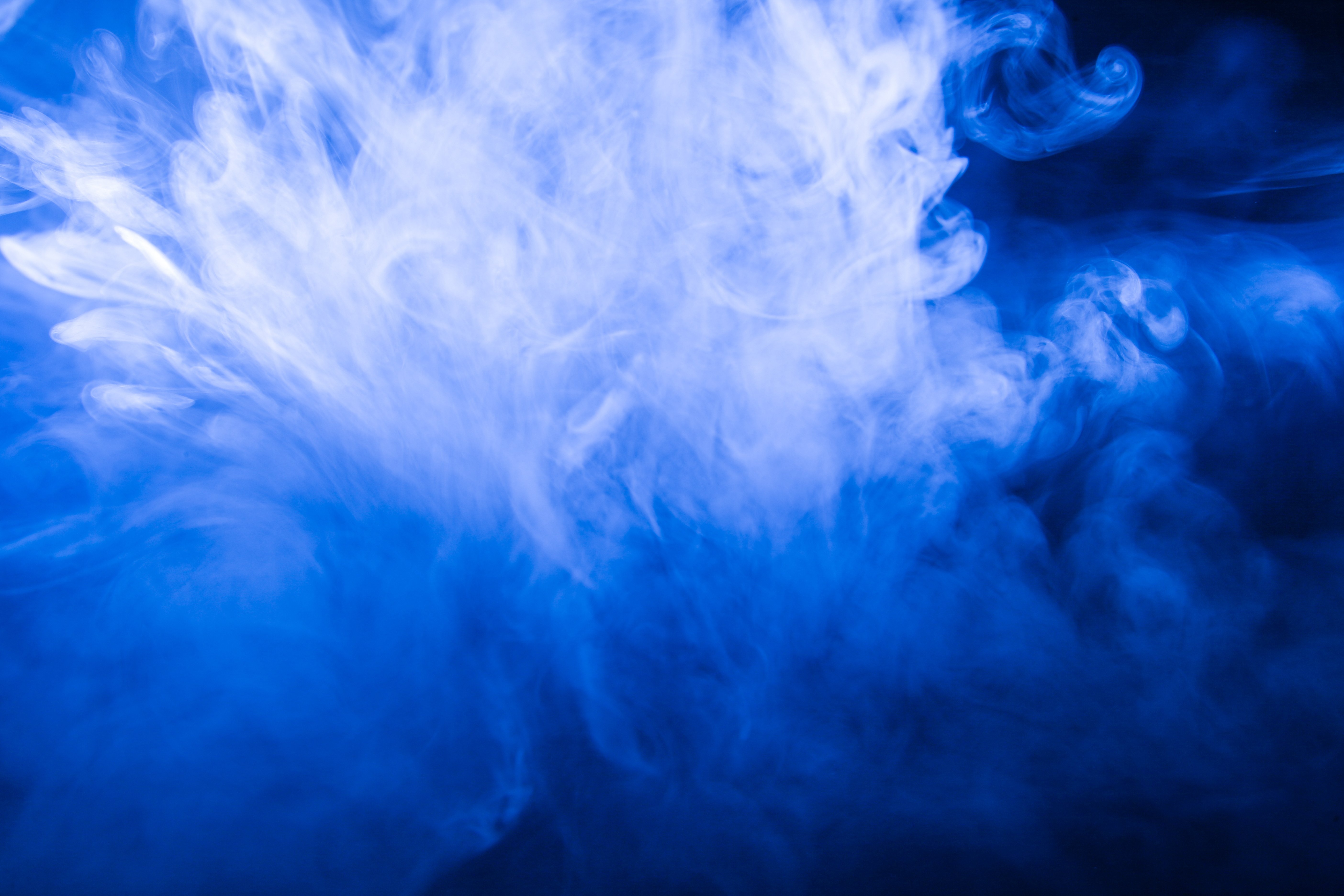 The Different Types of Steam in Industrial Steam Generation

Commercial steam generation is a crucial function for many industries as an effective heating medium. For industrial processes, selecting the appropriate type of steam is dictated by the specific application and regulations for quality and sterilization. In the process of condensing from steam to water for industrial applications, steam gives up its heat of vaporization or latent heat. This is the amount of heat that it takes to transform a liquid into a gas at the same temperature.  At atmospheric pressure and 212°F (100°C), it takes 970 BTU/lbm to transform water into steam.  So, when steam condenses, it gives off that same heat.  If you compare the heat that it takes to raise the temperature of water from its freezing point to its boiling point (sensible heat) to the heat that it takes just to turn it from a liquid to a vapor (latent heat), the latent heat is around five times more than the sensible heat.  So, if you’ve got saturated steam being used as a heating source for your heat exchanger, it’s at the boiling point, ready to give off latent heat.

Many different terms are used to describe steam – dry, wet, saturated, superheated, plant, utility, pure, clean – but what do each of these mean? 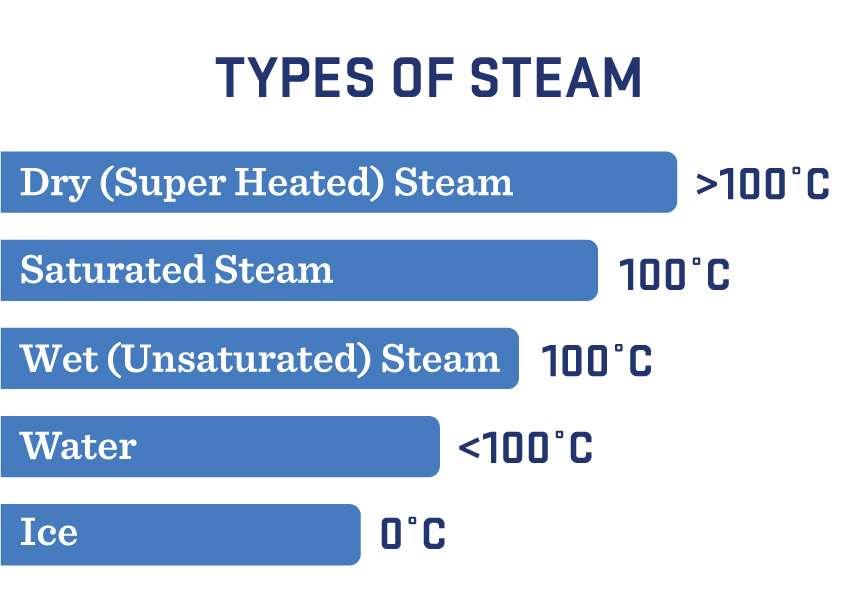 Dry steam is entirely in the vapor state, and has no liquid in it.  Superheated steam is always dry, because any liquid would be immediately heated into steam.  Saturated steam can be essentially dry, or at least dry enough to do the job!  In order to keep your saturated steam dry, it is necessary to trap it effectively so that any water is removed before the steam gets to its use point.

Wet steam is simply the opposite of dry steam.  It has both liquid and vapor present. The liquid takes up space in the flow, but does not contribute effectively to the heat transfer since it has already given up its heat of vaporization. Unsaturated steam can also be described as Wet Steam.

The designations below tell you about the cleanliness of the steam, including any additives.  Both of these categories of designations help to fully describe the different types of steam and ensure it is correct for the application.

Plant steam, or utility steam, is “typical” for industrial steam generation systems.  It can be at a variety of pressures, but is typically saturated.  Plant steam usually has boiler chemicals or additives to prevent corrosion, so in many cases, it cannot be directly added to products.  Utility steam is sometimes referred to by the pressure it’s distributed at:  either low, medium, or high pressure steam.  The exact pressure of each of these will vary at different locations and industries.

Clean steam is pure enough that, when condensed, it meets the requirements for Water for Injection.  A clean steam generator typically utilizes saturated steam and is often used in cleaning, sterilization, and heating applications in the pharmaceutical industry where direct product contact may occur.

In the pharmaceutical industry, many users of clean steam generators are bound by the requirements of European standard EN285.  This standard addresses dryness, superheat, and noncondensable gasses present in steam used in autoclaves.  Dryness and superheat are both addressed above, however, noncondensable gasses are an issue unique to autoclaves.  These gasses—typically nitrogen, oxygen, or carbon dioxide—take up space in the saturated steam without contributing to the available heat transfer.  Excessive amounts of noncondensable gasses can prevent an autoclave from operating as it has been qualified.